Landscape photography – To take landscape pictures is about the same as taking portraits. We try to get focus on getting that special feeling in our motives. There are many factors that need to be considered in order to be able to take a good landscape picture. Some of these factors can be difficult if not impossible to have control over. Weather conditions – shine – season – are all important elements that will have a large impact on marking the picture. We need to do some planning in advance so that we are prepared for these things.

Mount cameras on tripods. If you don’t have it, then just make sure you have to hold the camera very still. Take more pictures from unequal positions and unequal angels. If you have the time, wait for the light to show you all the details and peculiarities in the landscape. Be careful and don’t let sun rays come into your lens. Use small blender-opening on the lens.

The light is very important. It will hopefully be on your side and make you able to create a magic and inspiring landscape picture. This is the reason why the many good landscape pictures have been taken in the morning – in the evening or under varying light conditions. It is in the morning and evening that the light has a warmer tone because of the sun is low and creates shadows and contours in the landscape. Be at watch for varying lights- and weather conditions. When the clouds open – the light puts spotlights and creates a dramatic atmosphere in the picture.

When you have to compose a landscape picture, try to let lines in nature control the extract. Let them go in an s-form diagonally or further in the picture. Include details in the foreground, which will make more depth in your picture. Don’t let the horizontal line divide your picture in the middle – that creates as a rule static and dull pictures.

The seasons:
All seasons are suitable for landscape photography. If you have found a favorite landscape – then visit it under different conditions and in different seasons. You’ll find out that the place changes character every time and gives you, therefore, new opportunities. Think through where the sun stands and where the light comes in at different times. You can easily plan to be there just at the time. Good landscape pictures are often results of close planning, many visits, many failed experiments, as well as plenty with patience – and little luck.

Equipment:
The truth is that you do not need any special equipment in order to take landscape pictures. But a good tripod is maybe the first thing you ought to obtain. If you have a digital SLR camera, you have the possibility to vary lenses that looks after the extract you’ll have. Zoom lenses are hugely practical, but give a little worse quality than firm focal lengths. If you use tripods, you can choose film with low ISO-value (50 – 100) since you do not need to think of that the shutter time stays long. These films are very fine-grained and give sharp pictures.

Family and friends are what we most frequently take photographs of, and that is why you probably already have full photo albums with such photos already. These pictures are important in many ways to us, both like dear memories, but they also have a great documentary value of your lives. But in many cases, the pictures in the family photo album could be a little more exciting. You can easily do something about this, without turning to professional photographers. If we follow a set of simple rules of thumb, then we should achieve small wonders.

Always have your camera ready, so that you can catch the unexpected, the spontaneous. It is these pictures that often become the best ones. Do check at regular intervals that you have enough batteries laying around.

Many people only take pictures at festivals, birthdays, and other special events. There are certainly more of “normal” weekdays, where you as a hobby photographer should take lots of pictures too. This type of picture maybe isn’t quite as exciting, but they probably give a better picture of who we really are. Remember that this is especially important when the children are little when the changes happen so quickly. Try to shoot a typical weekday of every member in the family, and if possible when the family is gathered. Good suggestions of what to take pictures of could be in connection with the lunch table, the kids doing their homework, hobby, and so on.

Make a story with pictures:

It’s always very exciting to watch pictures that tell a story than a number of isolated pictures. With some planning, you can on-forehand decide on what you want your story to be about. This way the photography also can become far more interesting, and the people you involve in this project will be more enthusiastic about it. Remember that enthusiastic objects are precisely what you are looking for. You want to take pictures of people wanting to participate in such a thing. Also try to capture what is considered to be your family’s image, spirit, or what you would like to call it. Gather everyone together and use a tripod, your pictures will look excellent this way.

If it’s possible, let every member of the family have the opportunity to take pictures. This way you will avoid getting pictures where there are always is one person missing. Remember that it can be a good idea to obtain a cheap camera that handles a few drops of the table so that the two-year-old can try it too. It’s incredible to see how they look at us. At the same time, you will get a collection of very varied pictures to pick from when you are about to put together the family album. At last, remember that the main purpose of family photography is for everyone having lots of fun and enjoying themselves. Good luck!

To photograph children may be a little of a challenge. They rarely are able to sit down and be quiet, and they get impatient very fast. But if you are patient with them, and do things on their terms, then you should be able to take some good and funny pictures without being professional.

Go down on your knees. Then you are in the child’s height. Talk to the child from time to time, which gives a relaxed atmosphere. You should use the zoom or an appropriate lens, so you can get a little distance. It is advised to use a high ISO-value, which gives you more flexibility with regard to shutter time. Try to focus on getting good pictures of the baby`s eyes, they are more important than the eyes of adults. Here you should not use a flash while taking your pictures, in order to avoid getting red eyes. Furthermore, you should now have lots of colors in the background, keep it simple basically.

Children are curious, but easily become uncomfortable with the situation, and lose interest. You must, therefore, work quickly, and prepare yourself on taking some breaks from time to time. Divide the entire photoshoot up in short sequences, while taking your photographs, it might help to talk to your child. Ask about things they like, you will quickly see that this usually results in unconditional success. Because this way you will get the necessary attention that you need, and you can soon continue to take new pictures.

The best pictures are often taken when you let the child play or do things he or she likes to do. If you have a good lens or zoom on your camera, then don’t be afraid to use it, it is a very good idea to get a little distance, your children will be more relaxed this way. Remember that you have to accept the fact that there will be more bad pictures than good ones, so don’t be shy to use up your memory capacity. If you’re patient, you will eventually see the results that you’re looking for.

Birthdays are something completely special and give us a good opportunity to see the children develop from one year into the next. If it is possible then take pictures the whole day, and not just of the birthday cake and when the first visitors arrive. It is recommended to use the setting 400 ISO. Then you can take lots of photographs without using a flash, and you can get some fine atmosphere pictures – especially of the cake with candles on. That concludes some tips you should know about taking pictures of children and babies.

To be the very best, you should gain from the very best. Your abilities are not just constructed on the field, however also in the time you invest searching your preferred photography site, browsing social networks looking for motivation, and discovering more about renowned figures in the history of photography.

Having the ability to comprehend the stories behind the images that made you fall for photography, in addition to the enthusiastic individual that developed them, will have an unmatched result by yourself work.

These 6 photography documentaries will assist you to do simply that, each of them concentrating on particular renowned professional photographers or stories. They are readily available on a wide variety of platforms, from BBC and DVD to Netflix and YouTube.

Annie Leibovitz: Life Through a Lens

Annie Leibovitz is among the most popular names in picture photography. A long list of rock stars, supermodels, political leaders and stars, such as John Lennon, Queen Elizabeth II, Angelina Jolie, Kendrick Lamar, and Meryl Streep have been caught by Leibovitz’ unique design. In this documentary, we learn more about who the individual behind the video camera is, and how her creative self-realization developed through her life – from youth to ending up being a photography icon.

This documentary follows the actions of the late New York City Times style professional photographer Costs Cunningham. For over half a century he cycled the streets of New York City searching for individuals with distinct style designs. Understood for his street photography technique to style and his love for elegant devices and brilliant colors, Cunnigham was a perfectionist who participated in every action of the life of his work, from clicking the shutter to preparing the design for printing.

Such is the case of Vivian Maier, a baby-sitter who devoted many of her free time to street portraiture and is now thought about one of the most accomplished street professional photographers of all times. After Maier’s death, the director of this documentary came throughout a box of negatives shot by her and asked the Web to assist him in understanding more about this mystical professional photographer.

Sir Don McCullin is frequently referred to as the biggest war professional photographer alive. This documentary explores his life and work, as well as the changes in photojournalism through his photography profession.

In 2007, 3 boxes consisting of 4,500 negatives shot by Robert Capa, Gerda Taro and David Seymour throughout the Spanish Civil War were discovered in a closet in Mexico City. This documentary follows the journey of these images throughout the Atlantic Ocean from their disappearance at the end of the Second World War to their rediscovery. The movie also reveals how Spain shows on those darker times and the function Mexico played in the Spanish Republic duration.

Paparazzi operate in among the most popular and least valued kinds of photography. This movie checks out the complicated concerns of this occupation through the story of distinguished paparazzo Ron Galella. At some time throughout his long profession, Galella’s exceptional images took him from being among the most disliked professional photographers to a cherished pop-culture idol. 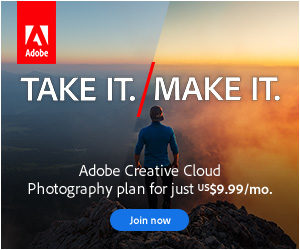